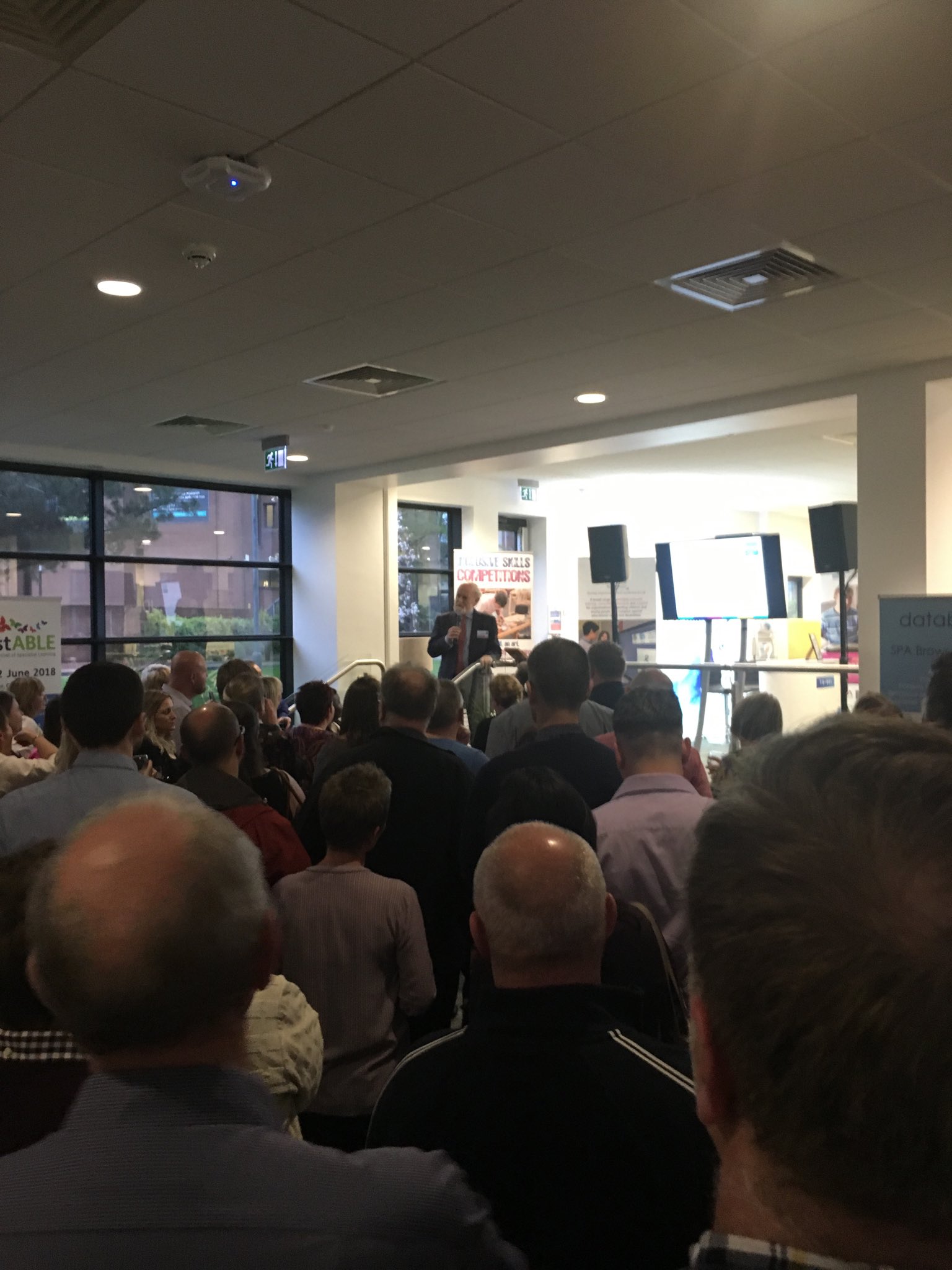 The winners of the Natspec Maths Week were announced at the Natspec Conference this week, with Sir Richard Stilgoe present to congratulate the participants.  Sir Richard, lyricist, songwriter and musician, best known for his comedy and appearances on BBC programmes That’s Life and Nationwide, is now heavily involved with specialist education. He founded the Orpheus Centre, a specialist performing arts college in Surrey for learners with complex needs, and has a passionate belief that music provides an essential tool for communication, promotes independence skills and develops self esteem and confidence. Sir Richard entertained dinner guests with stories from Orpheus, including the tale of one young man for whom composing a rap had led to a renewed relationship with his father.

Following the speech, this year’s Maths Week shortlist and winners of Maths Week were announced.  Designed to inspire students to use maths creatively and promote their numeracy skills through an annual event, this year’s theme was maths in the workplace, and colleges across the country had used the hashtag #NatspecWorkitOut to share their activities on Twitter.  Shortlisted for the main prize, judged by National Numeracy, were two separate entries from students at WESC Foundation, a group of adult learners from Learn Devon, and students from the Seashell Trust (Royal College Manchester). Derwen College was highly commended as the organisation that had embraced the challenge most comprehensively, with the whole college involved in activities throughout the week.  The overall winners were the students from Royal College Manchester, for their high level of engagement in meaningful work experience and the vast array of maths skills on display as they completed their work tasks.

Read more from the conference:

A dynamic and collaborative sector

Asset based development: “Every individual has a gift to give”

Shadow Minister sets out Labour’s vision for education and laments the failure of the SEND reforms: “A bureaucratic nightmare”