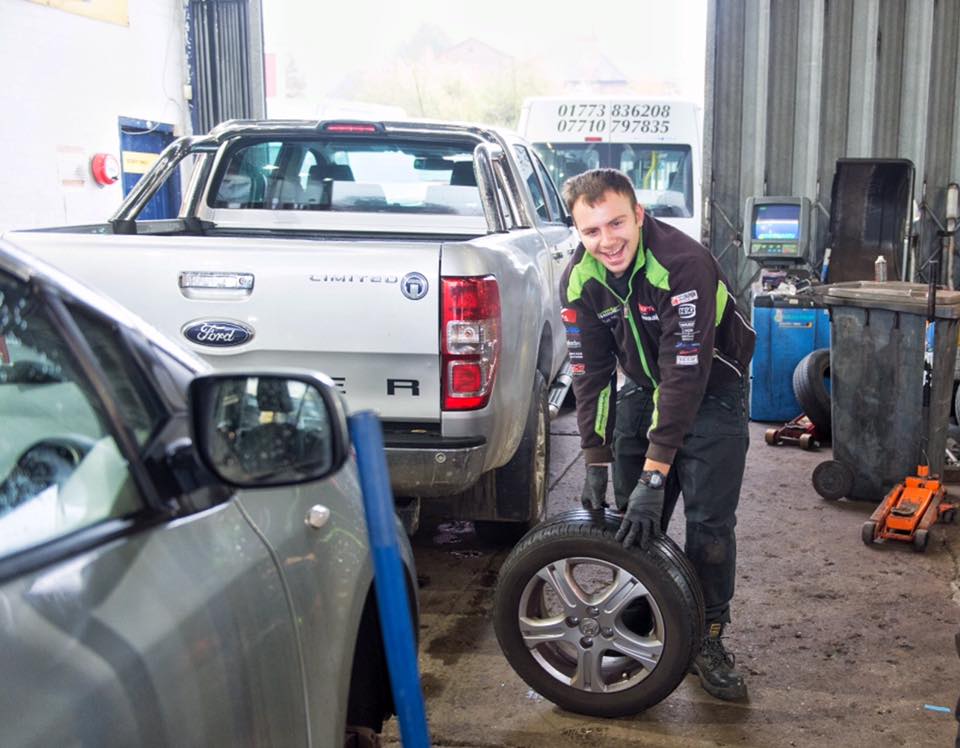 Ryan commenced his Employability programme with Landmarks College in September 2017.

When he started with Landmarks College, Ryan would always talk about cars and mechanics; he wanted to learn more about engines and how they work. He started an employability qualification, concentrating specifically on mechanics and it was evident from his enthusiasm and engagement in the qualification that this was the career route that Ryan should choose to go down.

In September 2018, Ryan began a supported internship at ETS garage in Alfreton. When Ryan started at ETS he had an induction; straight away Ryan took in all the information and understood the basics of working in a garage.

He started off observing jobs before gradually completing tasks with assistance, and then doing them himself. If he was unsure of anything he would always ask.

During his placement Ryan introduced new systems that have been gratefully received by his employer. He identified that the technicians left the weights all over the place due to the busy atmosphere in which they work. Ryan used his initiative and decided to sort this out; putting weights in order and restocking them. He also did this for new tyres, always making sure they are in the correct place and with labels facing outwards. These changes have made work easier for everyone.

Ryan has become accustomed to tyres, from writing sizes down on his hand to a note book and now he can recall all tyre brands, standards and sizes from memory! He can also deflate tyres, insert new valves, inflate tyres and balance wheels.

Ryan routinely assists technicians on servicing cars, sorting the correct parts, tools and taking in methods, he talks to customers and guides them to the reception very politely.

Over the past 5 months Ryan has gained confidence in all aspects of his programme; he now gets to work independently and his social and communication skills have improved immensely. Ryan fits well into the team and all the guys have made him feel a part of the team. When they got Branch of the Month Ryan was included in the photo shoot with the trophy.

He has become such a valued member of the team that he has now been offered paid employment from April!

“He has done an amazing job, so have all the guys at ETS. I am very proud of him and Ian (the Manager) would not have set him on if he was not worthy.”