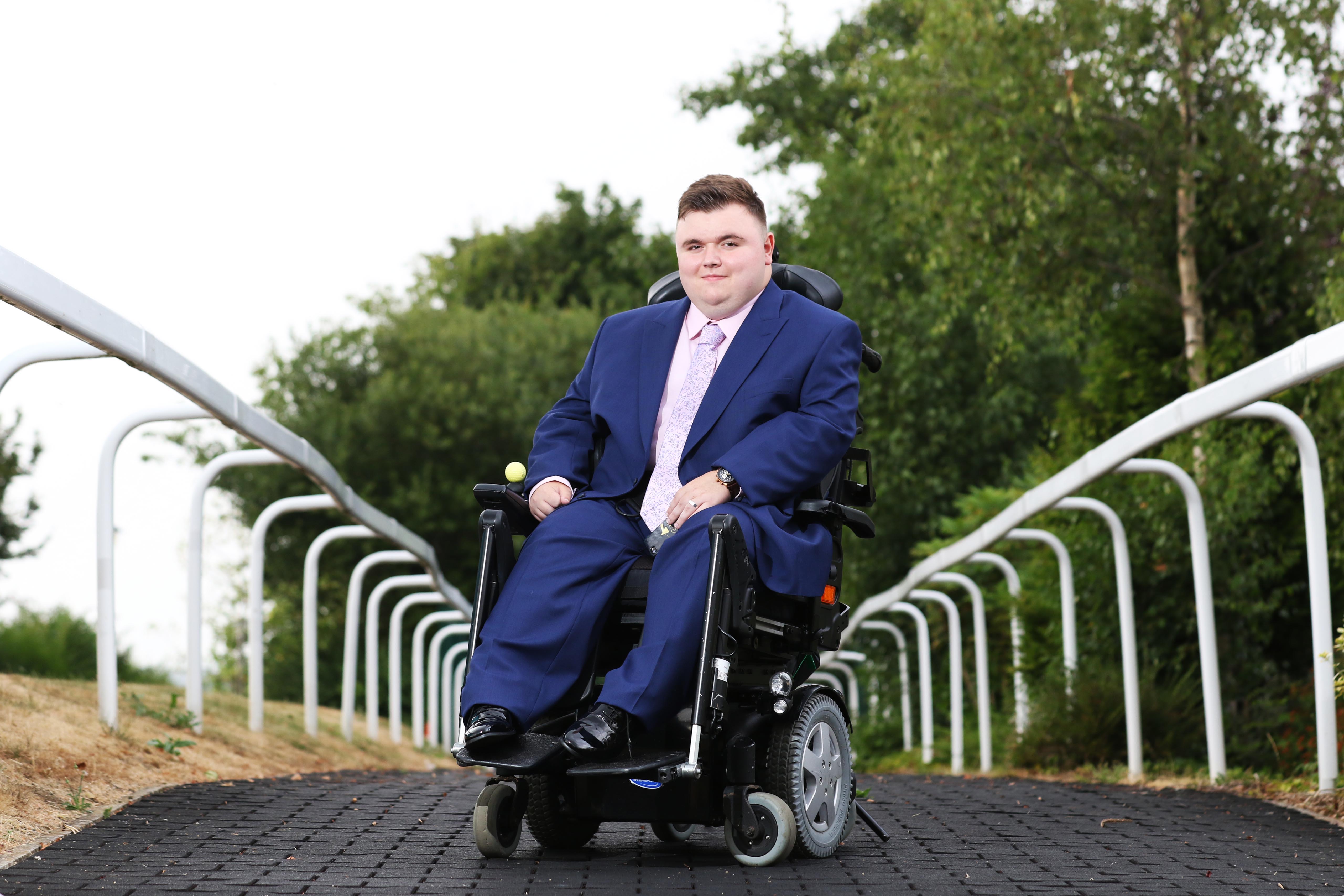 Rhys Joyce is a student at National Star College in Cheltenham, Gloucestershire, a specialist college for young people with complex disabilities and learning difficulties.

‘We talked about the Duke of Edinburgh Awards and I explained that I had completed my Silver Award. Mr McMahon suggested I shadow him a day at work which I was honoured to do,” said Rhys.

The 19-year-old who is originally from Bridgend, Wales, has Duchennes Muscular Dystrophy which affects his mobility and he uses a power wheelchair. He recently completed his three-year BTEC Level 2 Sports programme.

Rhys decided to approach St. James’s Place about opportunities with the company and, following an online interview and two face-to-face interviews, he was accepted on a one-year contract at their head office, which will start in September.

“I couldn’t believe it when they told me. It has been a big inspiration of mine to be like everyone else and to have a job so that I didn’t have to take money off the state,” said Rhys.

St. James’s Place has been working with National Star College and Rhys to ensure that the company’s office in Cirencester is accessible, and he is provided with the right equipment to help him in the role, including an electronic moving desk.

Jonathan McMahon, Joint Chief Operating Officer, St. James’s Place, said, “We’ve worked closely with Rhys to ensure the role suits him and his talents, and that he has all the support he needs to do a great job. We’re looking forward to welcoming Rhys on his first day in the office and know he will make a valuable contribution to the company.”

“I’ve been fortunate that St. James’s Place has seen the person and not the wheelchair,” said Rhys. “It’s a great opportunity and I am grabbing it with both hands.”