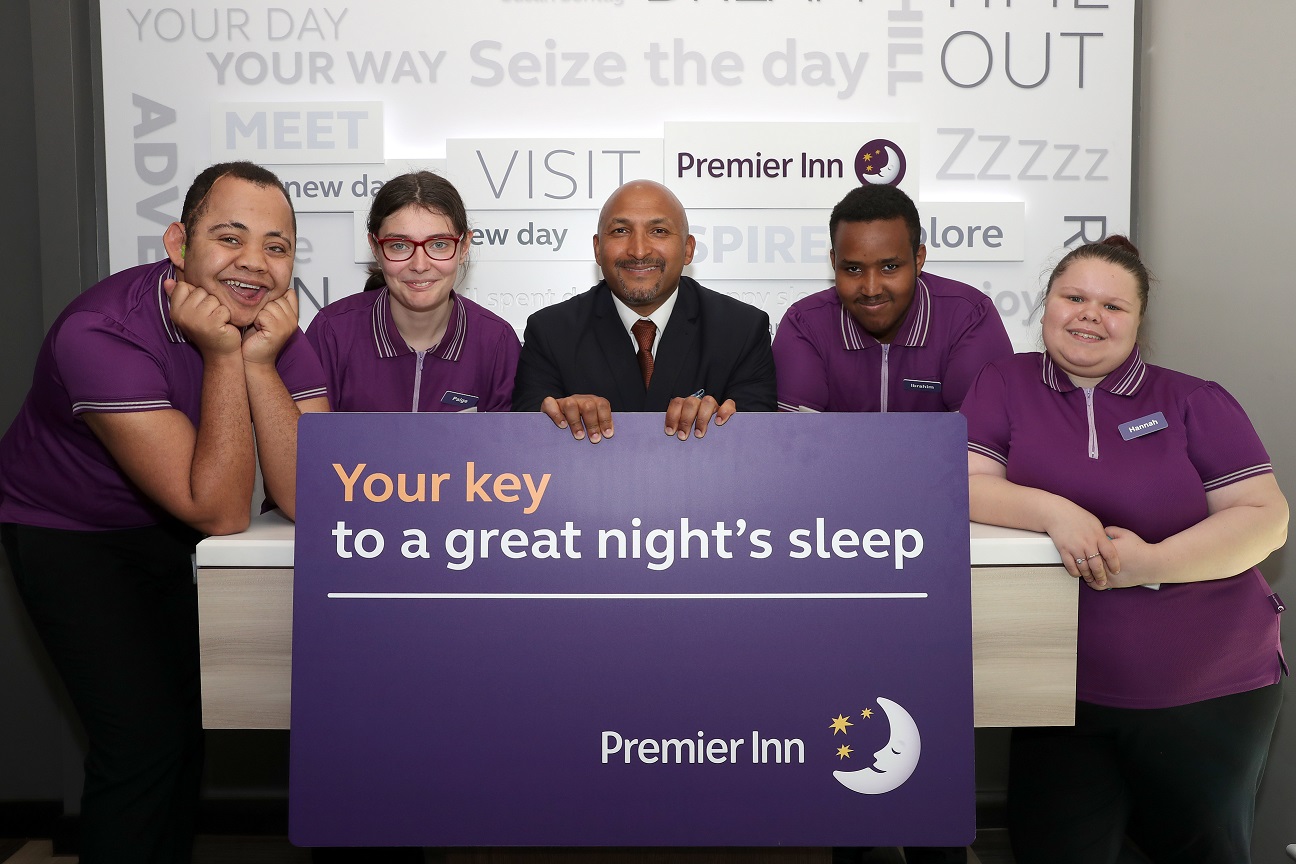 It’s been another busy month at Natspec. We hosted another successful Student Parliament on the 11 June, and the last of our Natspec Games was held at Young Epilepsy in the South East – which luckily the weather held for!

Our Colleges have also been very busy as they move into summer. Arts and sports have been a particular focus, with art exhibitions and musical performances taking place alongside sport competitions. The launch of a mini Premier Inn at Hereward College is particularly exciting as it will provide excellent work experience opportunities for students, improving work outcomes.

Read on for a host of stories from across the specialist sector highlighting just some of the incredible things happening at our colleges. 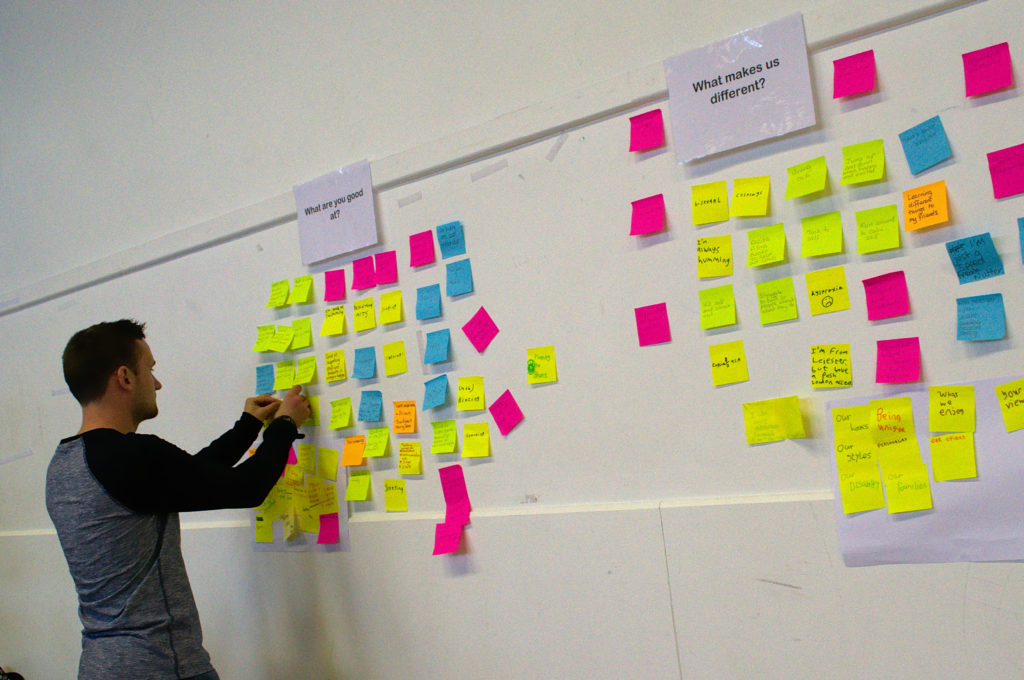 Natspec hosted its fifth student voice parliament at Seashell Trust on the 11 June. With representatives of nine colleges in attendance, it was a very busy day, with a host of thoughts and ideas being exchanged.

The theme of this parliament was ‘It’s okay to be different, be yourself’. Ben Kinross from NUS said ‘The event showed how Student Unions can look different and work differently but can change education and empower students just the same.’ Throughout the day, students were invited to contribute their thoughts on a number of topics.

Sarah Laszlo, Natspec’s Learner Voice Coordinator, said: “It is my absolute privilege to be able to gather and work with learners from specialist colleges across the country. This event brought forward some huge thinking on important issues for students with learning difficulties and disabilities and I was delighted at the level of engagement throughout the day. I’m excited to take the Student Voice Parliament and its members to further empowerment in the future.”

Read more about the student’s ideas and thoughts here. 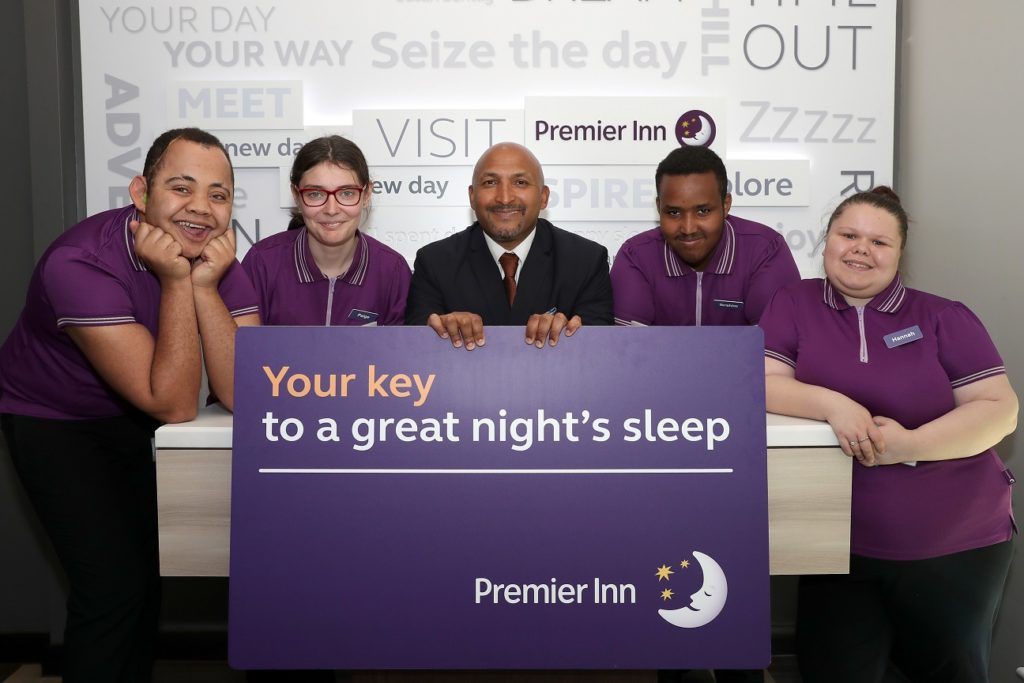 A ground breaking three-bedroom Premier Inn training centre has launched at Hereward College in Coventry with the aim of helping young people with additional needs get into work. The new mini-hotel, which will not take paying guests, is a state-of-the-art training facility and will be used for young people to learn skills in the hospitality industry.

The new facility was opened on 17 June with former Derwen College student Mary Woodall as the guest of honour. Derwen College led an industry-first partnership with Premier Inn to train students, and as a result of that programme Mary now works at Premier Inn in Greenwich, welcoming thousands of guests every year.

Paul Cook, Principal at Hereward College said: “We are delighted to be working with Premier Inn, who support our ambition to become a centre of excellence in hospitality training and get more people with disabilities into meaningful employment.

“The new training facility will mean that students will be able to gain work experience, learn specific job roles and gain confidence before stepping into the workplace.”

You can read more about the facility on Hereward College’s website.

Successful work outcomes for students at The Hive College 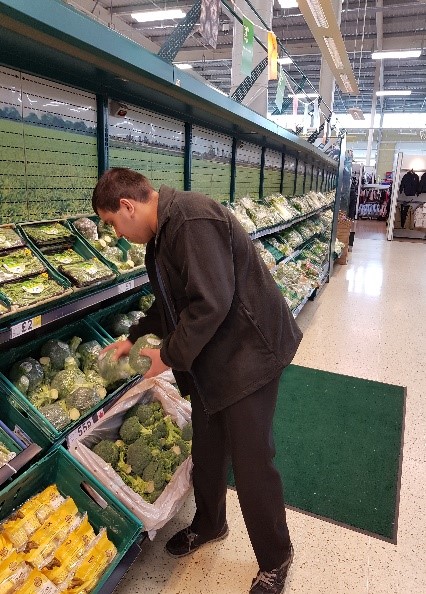 Five students on the employability programme at The Hive College in Birmingham are preparing to leave college in July 2019 and move into paid employment. They have all been on supported internships and are going into a variety of employment sectors such as catering, administration and engineering.

The college’s Work Placement Co-ordinator, Julie Pallister has also secured a partnership with KPMG based in Birmingham City Centre going forward into September 2019. They are a very large prestigious accountancy company and are offering internships to three students in their post room, catering and administration.

Julie said they are very excited to be able to offer our students the possibility of gaining employment at KPMG and building a strong relationship with the employers based there, so that they can offer opportunities like this to other students in the future.

Visiting Buckingham Palace to receive the Duke of Edinburgh Award 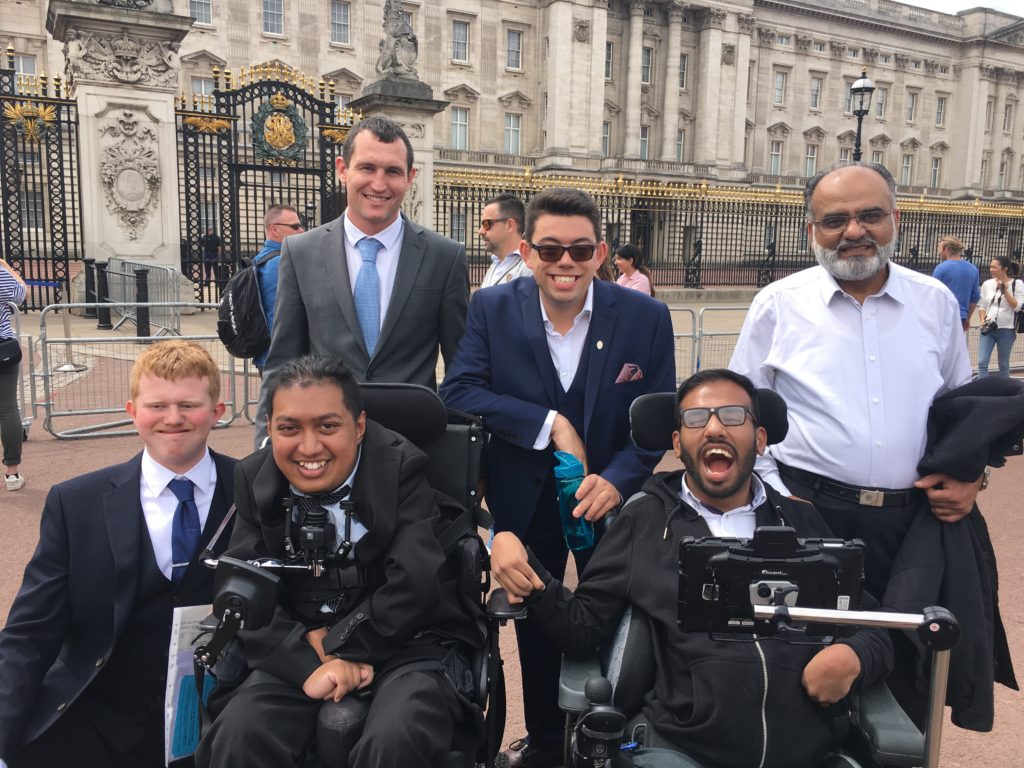 Four students from Hedleys College visited Buckingham Palace in May to be presented with their Gold Duke of Edinburgh award. They were greeted and spoken to by Prince Edward, Earl of Wessex and presented with their certificate by Tom Chambers who gave an outstanding motivational speech.

The students have worked immensely hard to achieve this award. To achieve the Gold Award they had to complete three separate stages. The first, voluntary work, was completed by helping out in Age UK, keeping a local park tidy by litter picking, completing a crisis collection during the Christmas period and arranging a Culture Shock awards evening for the college. The second involved them enhancing their skills / physical ability, which they did by holding Boccia competitions and created a stop motion film by using still frames. Finally, they took part in expeditions, completing a range of walks and travelling to Fife, Scotland for a week. When they were there they stayed at various places to look at how accessible they were and then gave feedback about their experiences and the accessibility.

Students went all out to visit the Palace and all looked very smart. This was an amazing experience and a great day was had by all who attended. 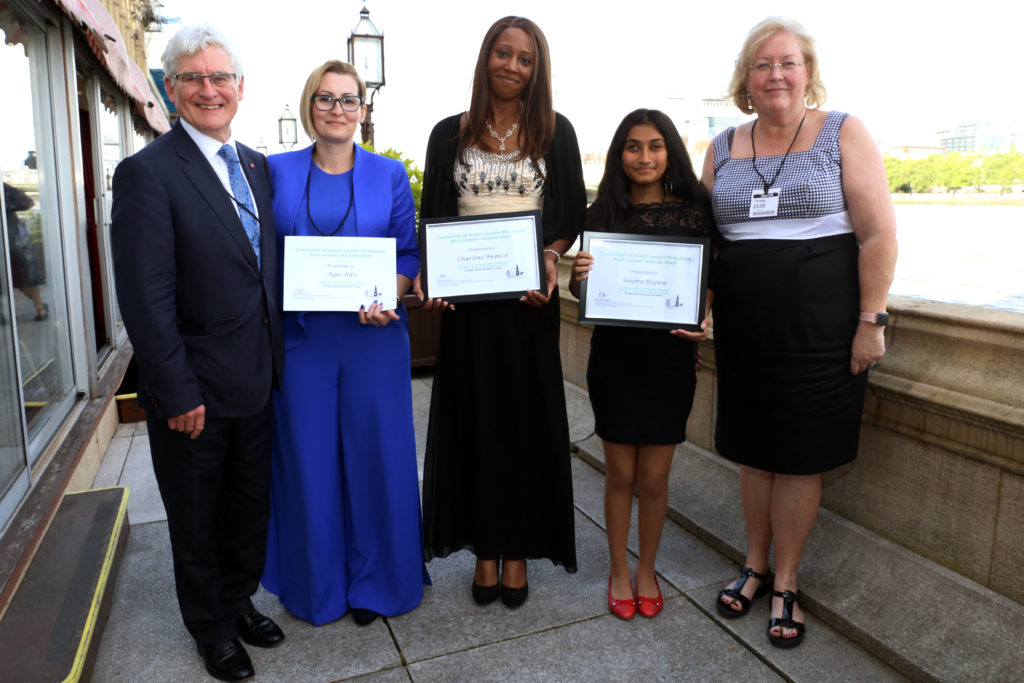 Sami Begum, a student at the Royal Society for Blind Children’s Dorton College, has won a South London Learner Award. The annual South London Learner Awards are presented on behalf of the Committee of South London Principals (COSLP) and celebrate some of the brilliant achievements made by further education students in the region. Sami has a severe visual impairment but is determined to become a physiotherapist in spite of the condition and is described as a ‘source of inspiration’ to both staff and other students. Sami was honoured with the award in a special event held at the House of Lords, and all at Dorton College and Royal Society for Blind Children (RSBC) are incredibly proud of her achievement.

50,000 bees arrived on site on the 20 June. To help the campaign, visit here. The aim is that the students will be able to harvest organic honey and beeswax from the bees to use within their programmes, creating sweet treats and candles. 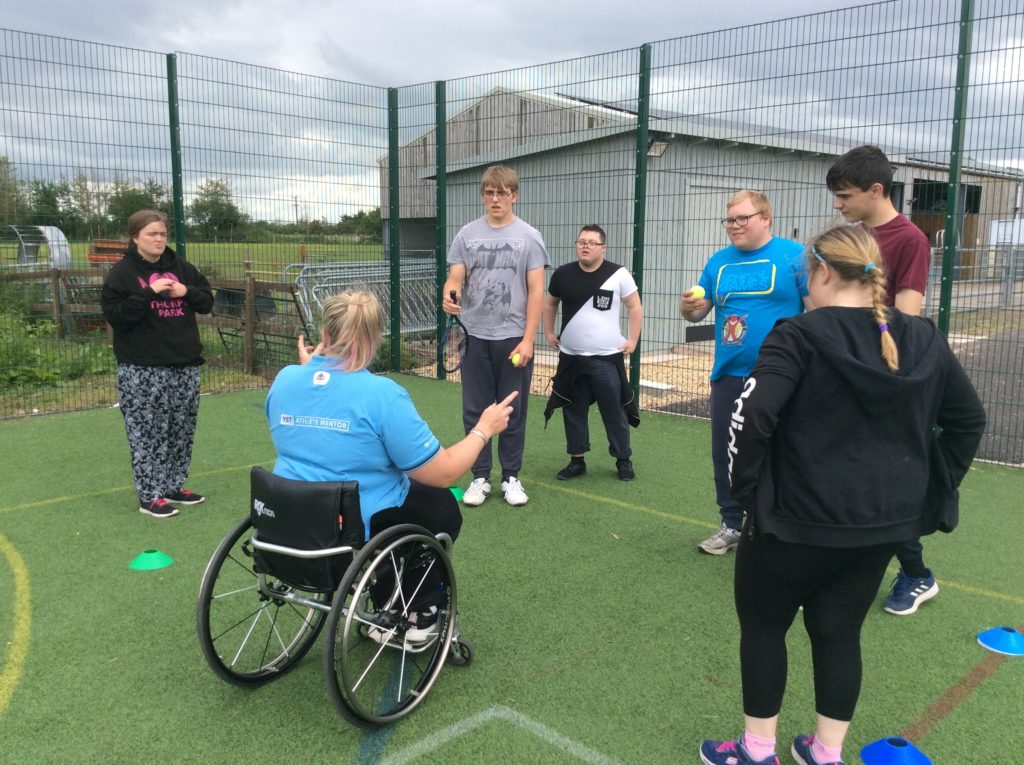 Sports leaders working towards their Sports Leaders UK Level 1 accreditation at Fairfield Farm College have been working hard at planning and delivering events for their local community. One event they held, the Rainbow Shower Event, aimed at pupils with additional needs, saw almost 400 pupils from local schools and colleges attend.

They have also been participating in a Youth Sports Trust initiative called ‘Beyond the Baseline’. Paralympic tennis player Louise Hunt has been helping them to prepare for an event in July. They will welcome two local primary schools to Fairfield Farm College & introduce their pupils with additional needs to some inclusive tennis activities – hopefully it will go well! 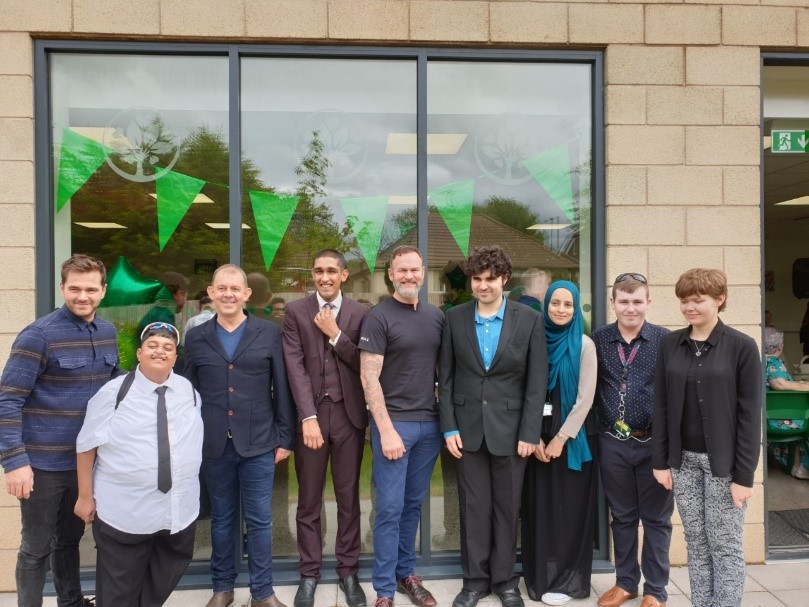 Heart of Birmingham Vocational College opened the doors of their new campus on Friday 14 June – the new campus will be fully operational from the start of September 2019, ready for the new academic year.

The celebrations were kicked off by Chicken George of Genesis Radio, with students and guests dancing the day away to a disco – with a few karaoke numbers thrown in too! The students and staff were also joined by celebrity chef Glynn Purnell of Purnell’s Restaurant and Saturday Kitchen fame, and Michael Stevenson of BBC Casualty fame.

HBVC have also recently set up an inclusive mixed college football team where students are also in charge of running the team. They’ve received a Grow the Game grant from the FA to help them get more players from underrepresented groups playing football. 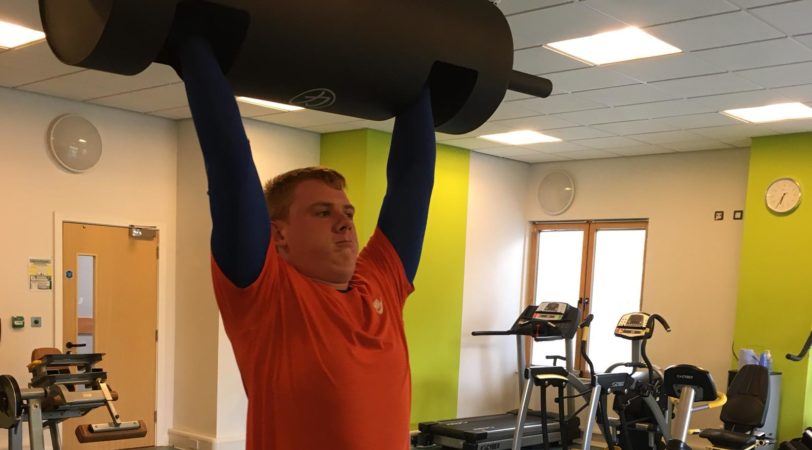 Chris, a student at the Royal National College for the Blind, is the first visually impaired competitor to take part in the Doncaster strongman. RNC Sports and Fitness tutor Aaron Reece initially introduced Chris to strongman when displaying new training methods in a group fitness session. Chris said, “Aaron showed me deadlift techniques and said I had a natural ability for it, in just 4 months of training I’ve increased my maximum lift by over 50kg.”

Of the competition, Chris said the organisers had been excellent in accommodating him. “It’s a learning curve for both parties. I’ve never competed before and they haven’t had anyone with my impairment. They have been so accommodating, it’s been great, and they have offered any support I need on the day.”

Even though he hasn’t yet competed in his first event, Chris is already planning on competing again and participating in more strongman competitions.

Landmarks have opened a brand new site; Milestone House, based in the centre of Rotherham City. From Milestone House, they will be running our regular programmes of both college and Day Services. The staff will work within the local community to ensure practical activities permeate the curriculum, linking to the farm at Apperknowle, for those who like animals and hospitality and catering in one of their many kitchen suites.

Arts, Craft and ICT, not to mention functional skills, Personal and Social Development and many more subjects will all operate from Milestone House with the offer being developed further with time. 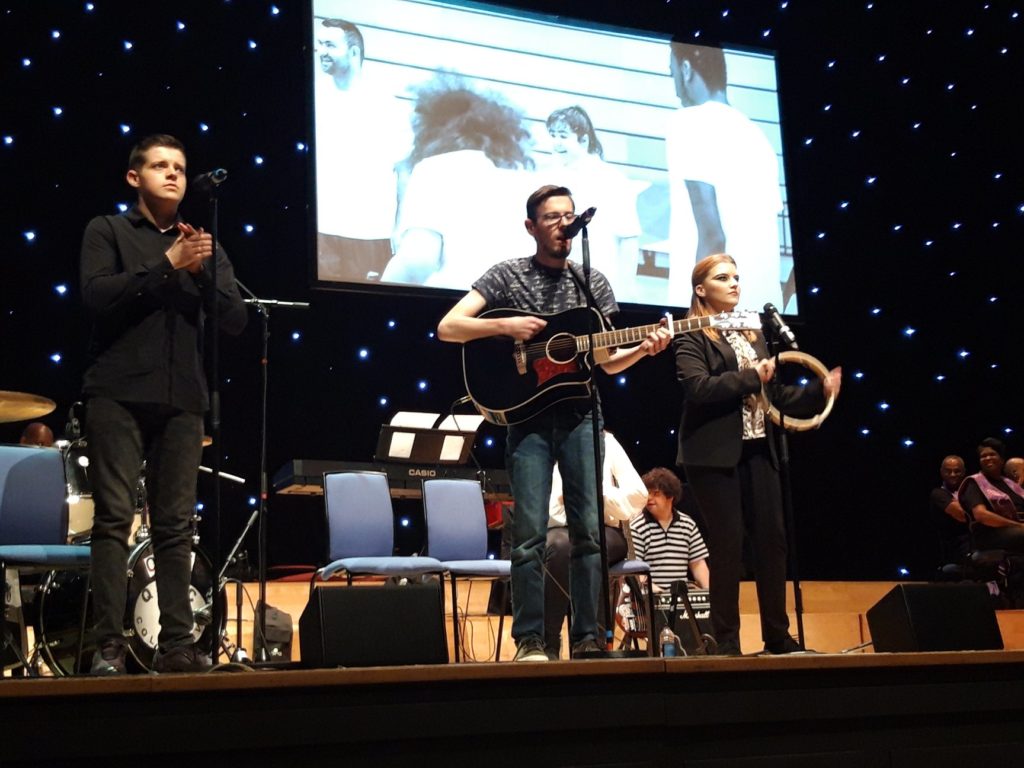 Queen Alexandra College (QAC) were delighted to have its student band ‘QAC Collective’ invited to deliver a ‘close of show’ performance at Birmingham Town Hall to celebrate 70 years of Midland Mencap.

On the evening of Friday 14 June, for one night only, Midland Mencap’s ‘Birmingham’s Big Noise’ event witnessed QAC students take to the stage and perform a set of four songs including their very own original song ‘Never Look Back’, doing themselves and QAC proud.

The evening was in two parts, a range of amazing live act performances from the main stage before the venue transformed into a nightclub with DJ’s and a bar.

Midland Mencap is a charity which works and campaigns for accessible and inclusive services and a better quality of life for everyone with experience of learning disabilities and additional needs. This inclusive celebration was enjoyed by all involved and provided an amazing experience for members of QAC Collective. 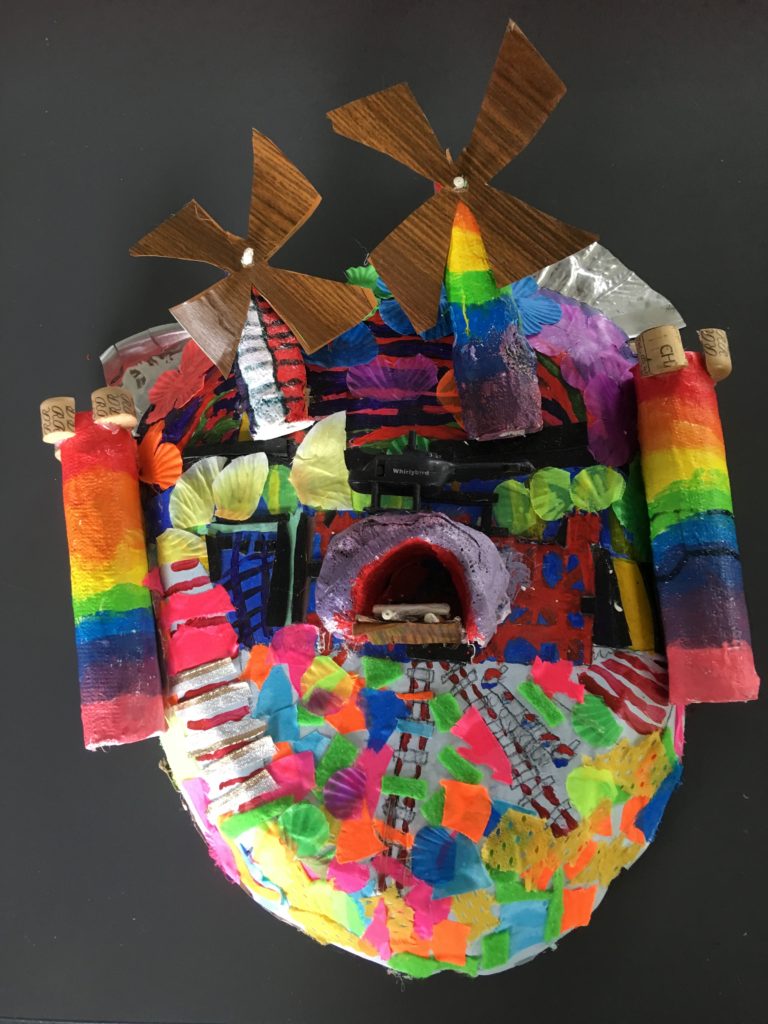 The Orpheus Centre launched its first ever Student Art Exhibition which was met with great success. The theme was identity. Testing the boundaries of our identity is the key factor that dominates actions of young people and so it felt a rich topic to explore in the visual arts. It has been a three-fold project for our students, exploring the artistic materials, gaining the qualifications and learning to draw from themselves for subject matter. All three aspects have been run concurrently. At the end of their time at the Orpheus Centre, our students will launch into the most independent stages of their lives so far. The students are positively supported to get to this point by all staff in respect of their academic, independence and practical skills as well as developing their emotional wellbeing and resilience. This enables them to prepare effectively for adulthood and continued success.