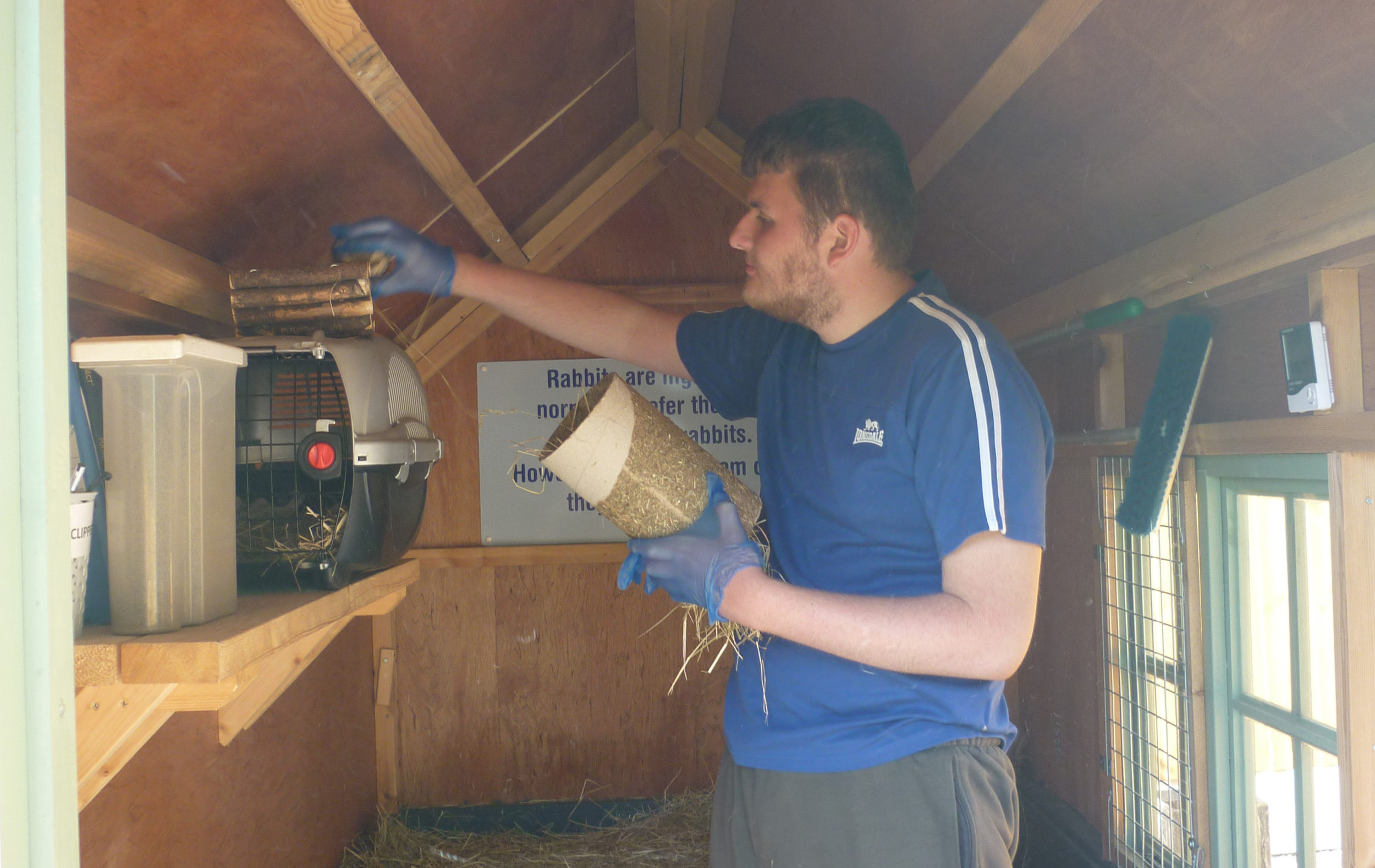 Sam’s story: building confidence through a love of animals

Sam started at Landmarks in September 2017, where he studied Animal Care for his first year. In Sam’s second year he continued his studies in Animal Care at Floralands Farm Park and at the RSPCA, all of which he has enjoyed doing.

Over the last two years Sam has built up his skills when working with animals. He is now able to complete most of the jobs given independently. If it’s a new job he has built up the skills and confidence to ask for help if needed. His work experience co-workers can give him a list of jobs to get done and he can complete it with minimal support. Both Floralands and the RSPCA have complimented Sam on how hardworking he is and how well he works with the animals. Sam is currently working hard to finish his Skills For Working Life animal care entry level 3 qualification.

Since starting Landmarks, Sam’s communication skills have improved massively. Initially, he would say very little here and there. Now, he is initiating conversation with other staff, learners and his work placement staff. He will tell jokes, talk openly about various topics and he will also join in on group discussions by telling others his thoughts and opinions. It has been wonderful to see how well Sam has improved in confidence with communicating with new people. This improved communication has aided him at his two work placements as he is able to build up relationships with his co-workers.

Sam has always loved working with animals. It is often said about him from people that support Sam “that he has a calming affect around animals”. 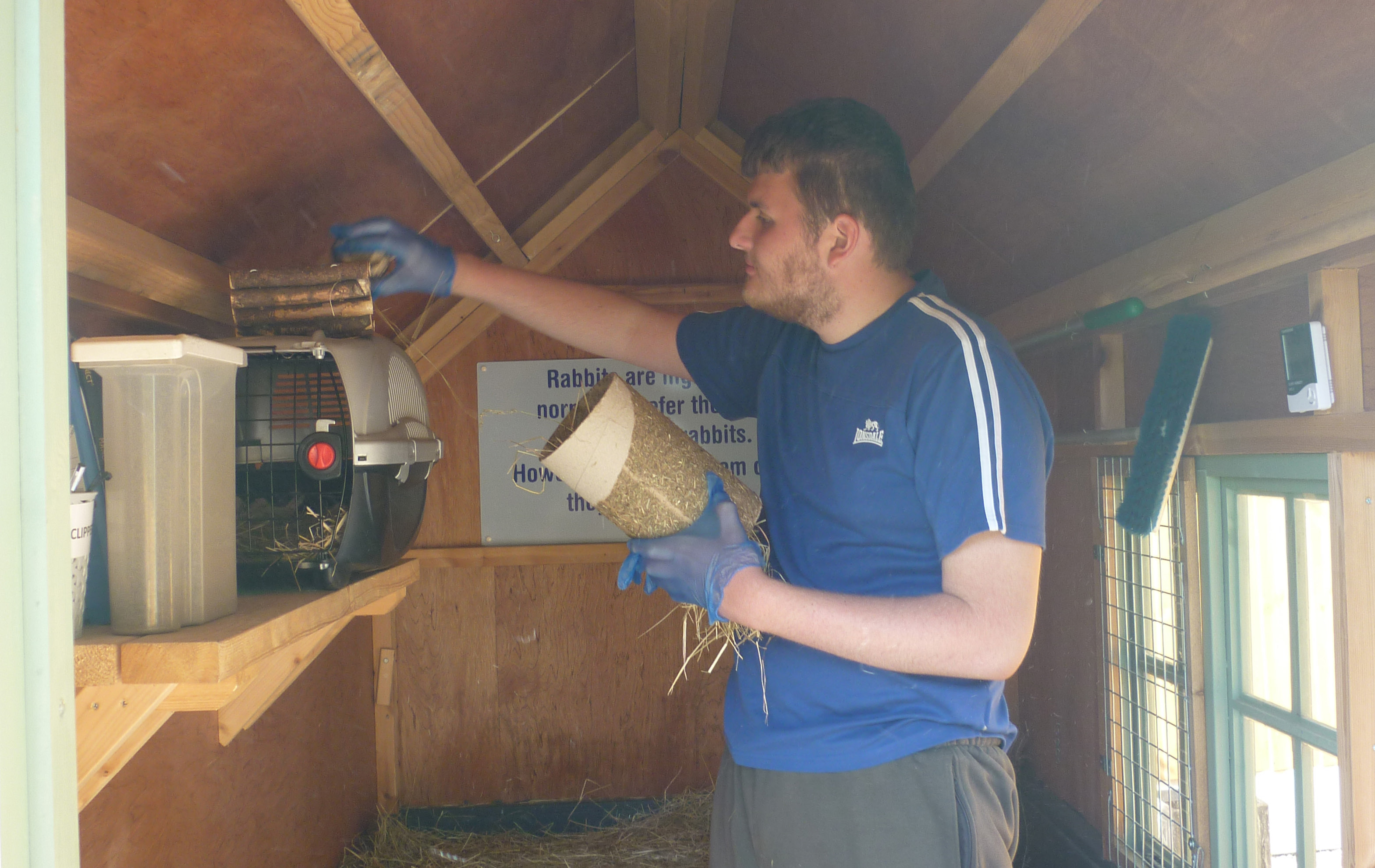 Sam has progressed so well at the RSPCA that they’ve offered him a voluntary placement. He’ll start this in September 2019 after his pathway has completed at Landmarks. His Personal Assistant will support him in this role. She has already supported Sam via respite care, so they are already familiar with one another. This will be funded through Sam’s Direct Payments.

Once Sam has completed his education at Landmarks he is really keen to ensure he is engaging in meaningful activities during the week. There’s also hope a further voluntary placement can be secured at Stonebridge City Farm, as Sam is familiar with the site having attended work experience there previously.