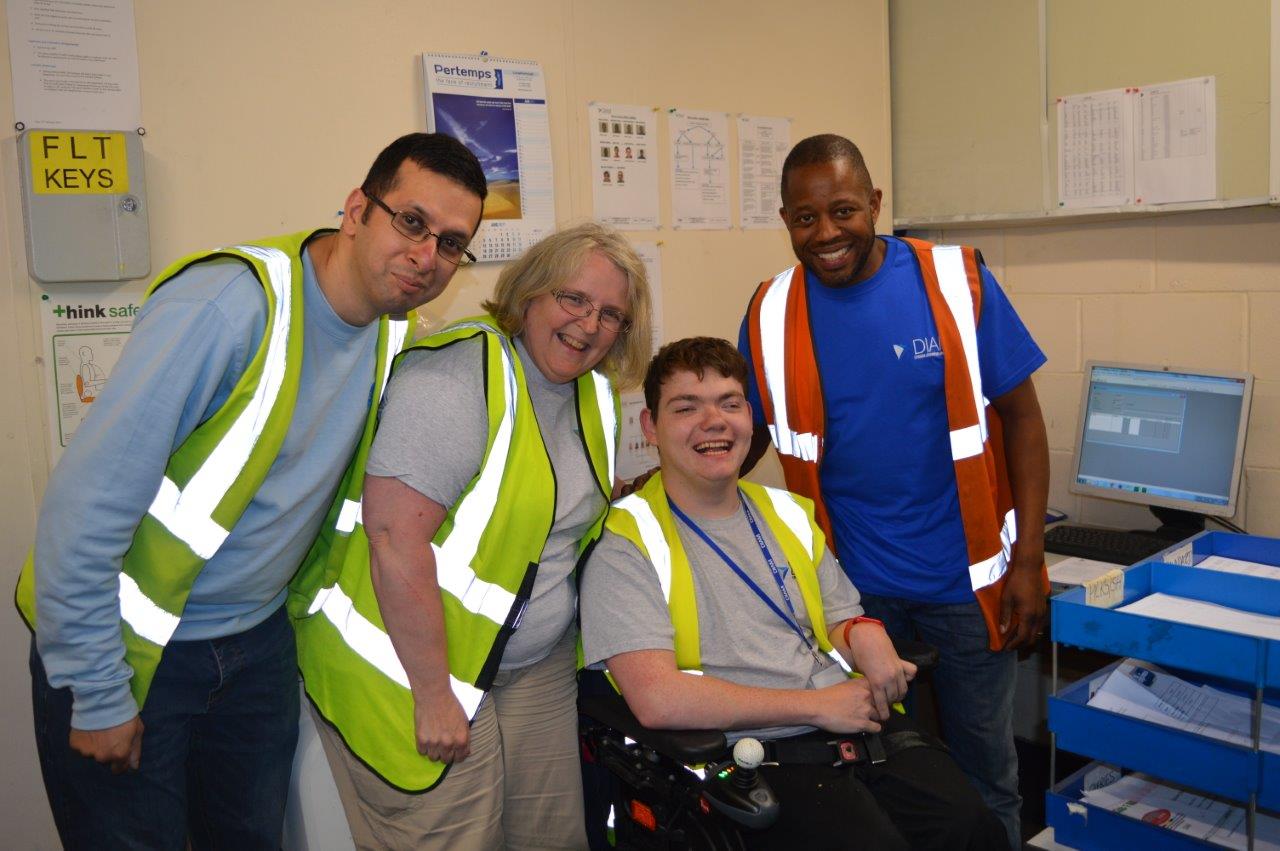 So excited to have a job

David is thrilled to be working.

Home > Student Stories > So excited to have a job

In his final year at RNIB College Loughborough, David was identified as a possible student for the college’s new Supported Internship programme. It is a four-day internship programme with two full days with an employer and two days building employability, literacy and numeracy skills at College.

RNIB College partnered with Diam whose social inclusion programme has helped a number of people return to the workplace in a supported and sustainable environment, enabling them to regain confidence and reclaim their independence, both socially and financially. They are based locally in Loughborough but are an international organisation and have a strong interest in social inclusion which really helped us get started.
David’s Supported Internship was in the Goods In/Goods Out section so he has put his IT skills to use for stock checking, data entry and using databases. He enjoys using computers and helping people using his IT knowledge and got on well with the administration work he was tasked to do.
He settled in quickly and gets on well with the team, due to his friendly and chatty nature. David also joined the RNIB College Referrals and Admissions team one day a week providing them with administration support.
David is now employed by Diam. He’s just signed a one-year contract working eight hours a week.
“I’m pleased with what I have learnt; I’m so excited to be working at Diam,” says David. “I can’t seem to stop being excited about it, I’m over the moon.”
Diam Production Director Steve Ison-jacques said: “Diam’s objective is to remove barriers, recruit the most diverse talent and get the best people for the job. Diam and RNIB have been working closely for the past three years and both are rightfully proud of what David has achieved. David is an inspiration to us all.”