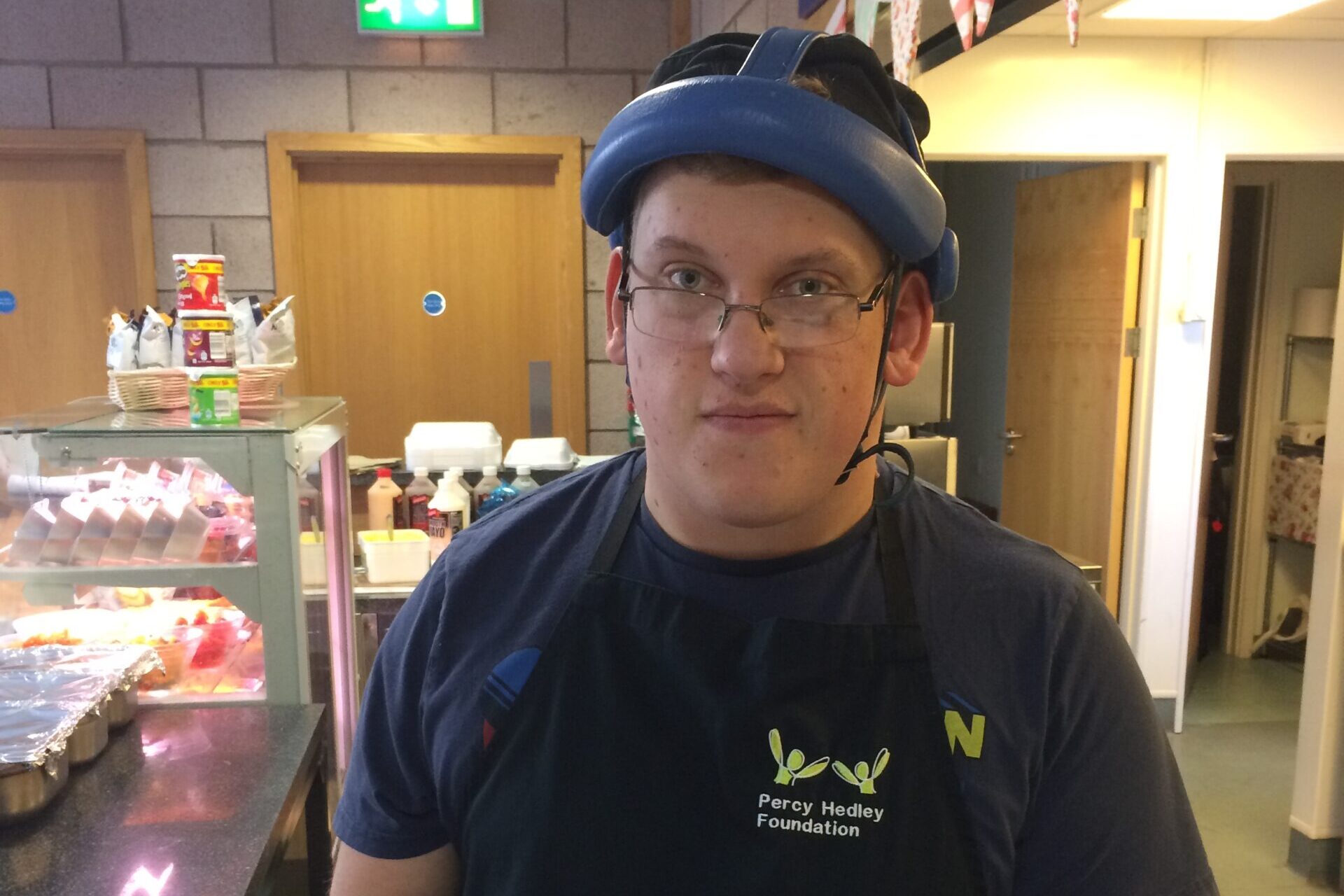 Philip's motivation and commitment make him a valuable addition to the team.

Philip is a graduate of Hedleys College.

Whilst at College Philip was enrolled on a Supported Internship Programme with Elior who are a catering organisation based at the Cooperative Distribution Centre in Birtley, County Durham where he worked 3 days a week.

Hedleys College Supported Internships are structured study programs based primarily at an employer’s premises. They are intended to enable young people with learning difficulties and/or disabilities to achieve sustainable, paid employment by equipping them with the skills they need through learning in the workplace.

Prior to the offer of a Supported Internship Programme, Philip has been involved in range of work placements whilst attending the Vocational Programme at Hedleys College which has supported him in developing the skills required. 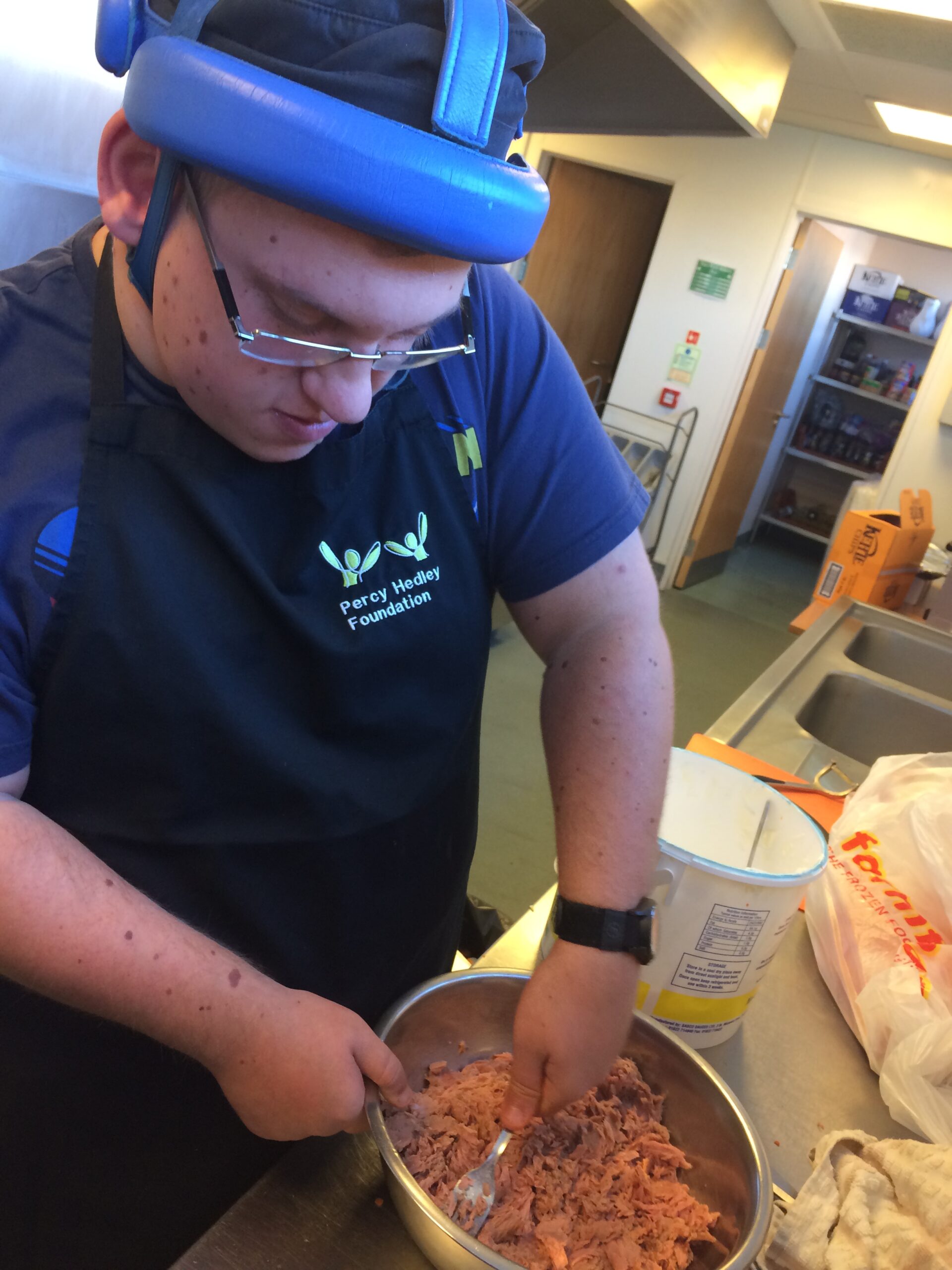 Take a look at Philips achievements so far…

Before starting his one year Supported Internship programme, Philip was supported by one of Hedleys Specialist Job Coaches and he managed to successfully complete a number of transferable skills that will place him in good position for paid employment.

Supported Internship Coordinator shares: “During his course, Philip enjoyed his role; this was clear through observation and feedback from the employer. It was evident through sweat and determination Philip has worked so hard to become independent within the workplace.

The staff have been so supportive over the course of this placement and it has been recognised how Philip has become a part of the team!”

Philip said: “I like working in the kitchen it keeps me busy and have made new friends.”

Philip’s Job Coach reported: “Philip has come on so much and clearly demonstrates good use of transferable skills in the work place as this is evidenced through practice at his placement at Elior.”

Manager says: “Since October 2018 Philip has been on a work placement with us here at Elior in Birtley, where he has become a valued member of the team.

It is has become noticeable from both the staff and customers how he has made a long lasting impression due to his consistent motivation and commitment.

Thanks to the support from Hedleys College, Philip has been able to gain further knowledge of a number of transferable skills in order for him to work independently and this support has been vital especially from an employer’s perspective.”

Mentor added: “I have noticed a massive difference in Philip from the first time he came to work with us to present. He mixes well with staff and engages in more challenging tasks within the workplace. He is outstanding with numbers when working on the till; he always completes set tasks in a timed manor and never hesitates to try something new.”

Parent’s perspective: “Philip thoroughly enjoys carrying out his work and interacting with other staff, often relaying stories to me about their holidays and they in turn have accepted him well, obviously understanding and considering his abilities and the problems he can have.

Philip and I both hope that he can continue working at the Co-op as he is enjoying it so much.

All told Philip has grown from a boy into a man thanks to the individualized support, training and encouragement that he has received at Hedleys College and I am very proud of the progress he has made.”

The Cooperative have worked closely with Hedleys College over the past few years, offering work placements for students to gain valuable experience in the work place.

Following on from this Philip has now been offered paid employment.