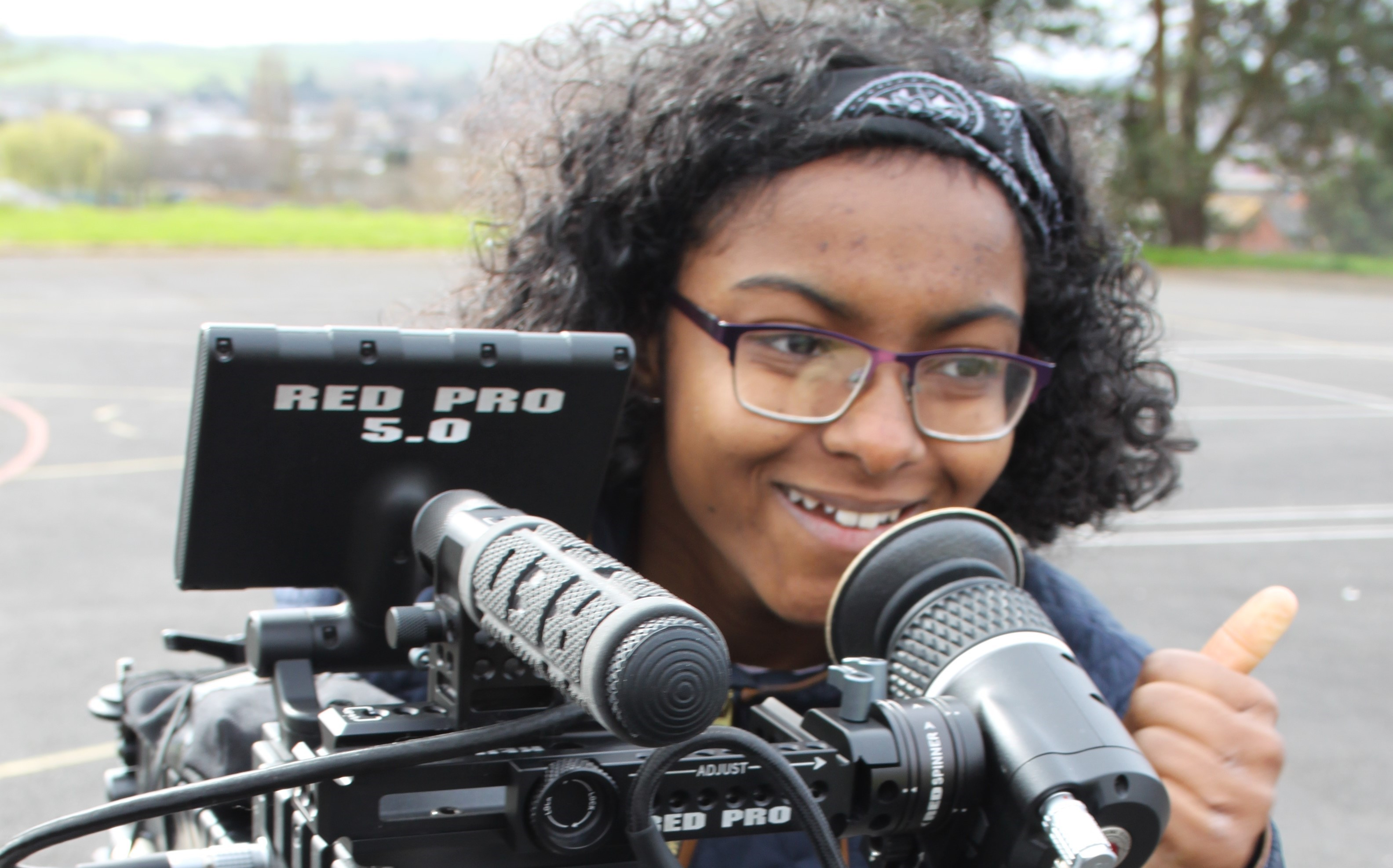 Rebekah, after graduating from Exeter Deaf Academy, plans to go on to university.

Creative Media student, Rebekah is graduating from Exeter Deaf Academy with a long list of achievements to her name.

Rebekah, who is Chair of the College Student Council has been studying for her Level 3 BTEC in Creative Media at Exeter College where she won the ‘Best Attendance’ award and shortlisted for ‘Best Production’ at her Final Major Project presentation.
In May, Rebekah attended TEDx at Exeter University where a variety of speakers gave inspiring presentations about the theme of ‘Hope’. Rebekah was selected by the production crew to be interviewed on camera at and she signed passionately about how the speakers at TEDx Exeter had inspired her as a young person who is Deaf.
Rebekah has also been invited to do a TEDEx talk with Jenny Sealey MBE next year at TEDEx Exeter.

Her talent in creative media was spotted by film company Sharp Focus Productions when she was invited to join them on set filming for an education film that will be viewed by thousands of students in Spain learning about languages used in Britain.

Aside from her studies, Rebekah is an excellent advocate for Deaf awareness. During 2017 Deaf Awareness Week she visited local care home to help teach elderly residents basic BSL and fingerspelling. She also led Deaf Awareness workshops for a local sixth form girl’s school as part of Exeter Deaf Academy’s outreach service.
Rebekah has also been making an impact internationally, by soaking up the arts scene on a field trip to New York last year, where she researched filming during a visit to the Museum of Moving Images (MOBI).  Rebekah says: “I would like to pursue a career in film, such as becoming an editor or possibly a Deaf director. My family are really happy that I’m involved in filming and that I’m making the most of these good opportunities.”
Rebekah now plans to take a gap year, after which she will apply to study at University.