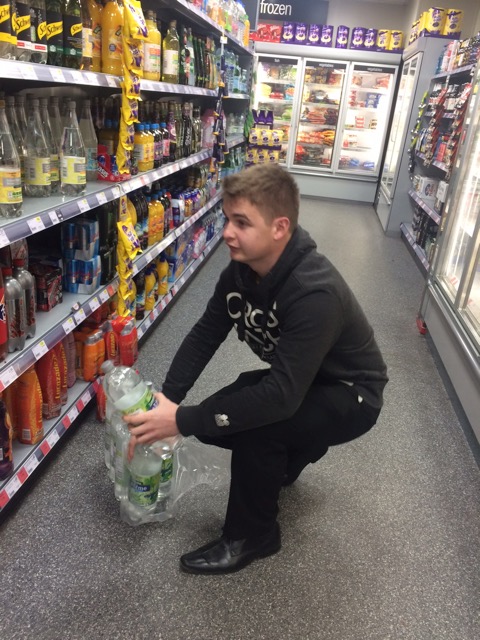 Within weeks of starting his work placement, James was being put forward for job vacancies.

At the start of this academic year at St John’s, Brighton, East Sussex, James had a clearly identified career goal – to become a baggage handler at Gatwick airport.

Through research into the role of baggage handler conducted during his time at E12, James came to understand that customer service skills were integral to the role of baggage handler. James identified work in a supermarket as a good way of developing these skills. E12 staff contacted learning and development team at Cooperative Food supermarkets, who were able to offer James work experience at a local store James.

Following a formal interview James was offered two work experience shifts per week. Once he had started James quickly became a member of their team. His responsibilities at work involve organising stock, taking in deliveries and restocking shelves. James has taken full responsibility for communicating with his employers, informing them when he will be absent, and even negotiating a change of days when he needed it.

Within weeks of starting his placement, the manager approached James and E12 staff suggesting he put James forward for vacancies at other stores. James’ confidence and competence clearly paid off, as is reflected by the manager’s keenness to offer him paid work so quickly. Jame took up a paid role at the company at the end of the academic year.